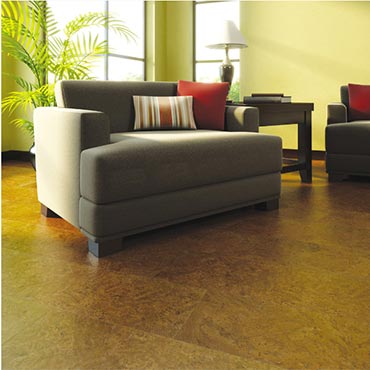 Cork is the bark of an oak tree known botanically a QUERCUS SUBER. It is an evergreen which grows in commercial stands only in areas bordering the Mediterranean Sea. Of the important cork producing countries, Portugal supplies approximately 50%, Spain 25%, and the balance is divided between Algeria, France, Morocco, Italy and Tunisia. As early as 2,500 BC cork was used as fishing floats in ancient Egypt, and in 400 BC cork was also commonly used as stoppers for containers as well as soles for shoes. One of the many famous users of cork was, according to history, conqueror Alexander the Great. A cork piece once saved him from drowning when crossing a turbulent river.

In these days of increasing concern for the environment, cork remains the only tree which can regenerate itself after each harvest. The cork bark is stripped off 2/3 of the tree. The first time is when the tree is approximately 20 years old. A thin layer protective inner bark gives the cork oak the unique ability to protect itself from the debarking process. The stripping requires great skill as the inner bark must not be damaged by the specially designed hatchet used for the stripping.

The first bark is called "virgin" bark. It has a very irregular exterior surface of grayish color. This bark is suitable for grinding into various granule sizes used for cork insulation and composition cork, but it has also become very popular for the manufacturing of decorative items.

The subsequent strippings of the tree will take place every nine years until the cork oak is approximately 150 years old and is replaced by a young one. The bark which grows out after the "virgin" bark has been stripped is called "refugo" bark. It looks entirely different as it has a much smoother surface which is brown. The first crop of "refugo" is mostly used for grinding purposes. The following strippings consist of better qualities with fewer and more closed pores (grains) and the major part is used for the production of cork stoppers or other items requiring a better quality or finer looking appearance.

After the stripping process, the bark remains in the forest for some days to dry or perhaps to be inspected by potential buyers. To purchase cork bark is not an easy task as the quality does not only vary from forest to forest and from tree to tree, but from the same tree depending on the exposure to sunlight.

Once in the factory area, the "refugo" bark is boiled to make it easier to scrape off part of the woody outer layer and to make the bark more elastic in order to flatten it out for boiling - should it be sold later on. Thereafter, the bark is sorted into various thicknesses which in their turn are sorted into many different qualities to determine a sale price and/or suitable manufacturing use.

Cork is a unique natural product with remarkable properties unmatched by any other natural material. One cubic inch of cork consists of not less than 200 million completely enclosed air cells each measuring l/1000" in diameter. Each minute cell is 14 sided to avoid empty spaces between cells.

Providence Flooring does not carry every style of WECork Flooring. Check with them first about a particular product or to see if your product choice is available for special order.

WE Cork- Glue Down Floor Installation

How to Install a We Cork Glue Down Floor

ow to Install a WE Cork Floating Floor